How Can We Help You?
☰
Volusia County Tourism's Impact Rises

But those increases lagged the tourism growth seen by the state as a whole.

Mid-Florida uses a "multiplier-effect" formula that takes into account sales tax revenues, tourism bed-tax collections and other data. Visit Florida, which compiles the statewide tourism numbers, says it uses Florida Department of Revenue data on all taxable sales considered most influenced by tourism.

Here's how Volusia's numbers stack up with the statewide numbers:

Bob Davis, president and CEO of the Lodging & Hospitality Association of Volusia County, on the increase in visitors to the county last year: "They're fantastic. Those are unbelievable numbers."

Davis on why Volusia's increase in visitors was less than for the state: "Percentages are garbage. Here's the true facts. We had a 400,000 increase (in visitors) last year. That's a big number for a county with a population of only a half-million. We are right on the mark with all the new (hotels) coming in and the increase from JetBlue (which began daily New York-Daytona Beach nonstop service in January) will come this year, not last year."

Evelyn Fine, president of Mid-Florida Marketing & Research, on why visitors to Volusia spent less than the state average: "Volusia County is among the more affordable destinations in Florida."

Davis on why Volusia visitors spent less than the state average: "What does a ticket to Disney World cost, a week's salary? That could figure into it. We can only gauge by what we've got."

Sean Snaith, University of Central Florida economist, on the accuracy of tourism impact studies: "These are estimates and they're sort of stacked on other estimates. They're not perfect, but they are useful gauges."

Snaith on why visitors to Volusia spent less than the state average: "Maybe you're getting fewer wealthier visitors. ... Also you don't have a Ritz Carlton in Daytona Beach. You have a lot of mid-priced and affordable hotels. Visitors attracted by that are less likely to spend than those who stay at high-end resorts." 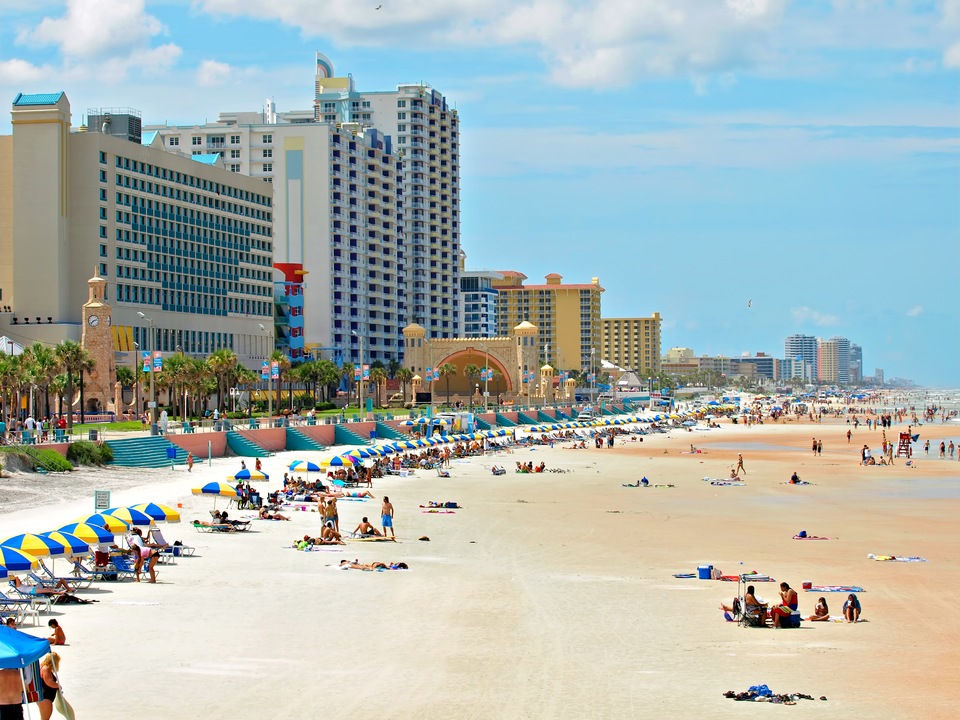